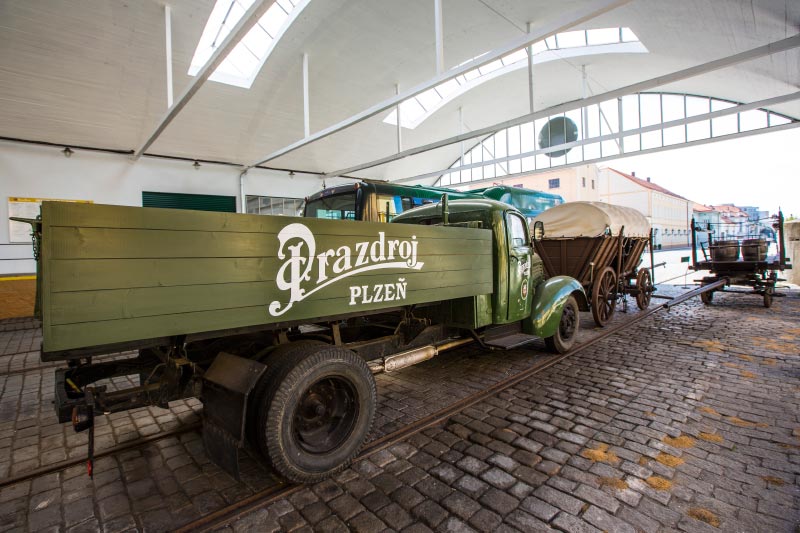 Tradition of beer in Pilsen

Beer has been brewed in Plzen almost since the moment of the foundation of the city. The first written information concerning brewing comes from the year 1307. It is the last will, in which Wolfram Zvinilinger bequeathes his brewery and malting-house to the St. Bartholomew´s Church.

At the beginning, all, both people from villages and those from towns and cities, had the brewing right. Soon, this situation was limited by the “mile right“, which excluded the inhabitants of villages and, later on, also those of suburbs. In the 14th century, this privilege was possessed only by the owners of houses inside the ramparts amounting then, but also later on, to approximately 290. The brewage was a free citizen occupation, and therefore it was not regulated by means of guilds. Every citizen could either sell beer directly in his house or hand it over to a tapster.

Even though the production of beer might have seem to be ever growing, as early as from the 15th century there were occurring mentions concerning a crisis of brewage in Plzen. These mentions represent a clear evidence of the fact that not only good, but also a considerably worse beer was brewed in the city. The good beer was sold mostly outside the municipality, as for the worse one the manufacturers were trying to use it just within the city. Therefore, the City Council tried to enforce a more consequent control of brewing and limited the number of brews and even the number of citizens having the right to brew.

Nevertheless, despite all the measures taken in order to increase the quality of beer, its quality continued on decreasing. In the year 1838, 36 butts of beer were poured out in the Plzen square as a warning. The rather sad situation resulted in the foundation of the Citizen Brewery, in the year 1839, and in the production of the first brew in the year 1842. The story called the Pilsner Urquell was begun… 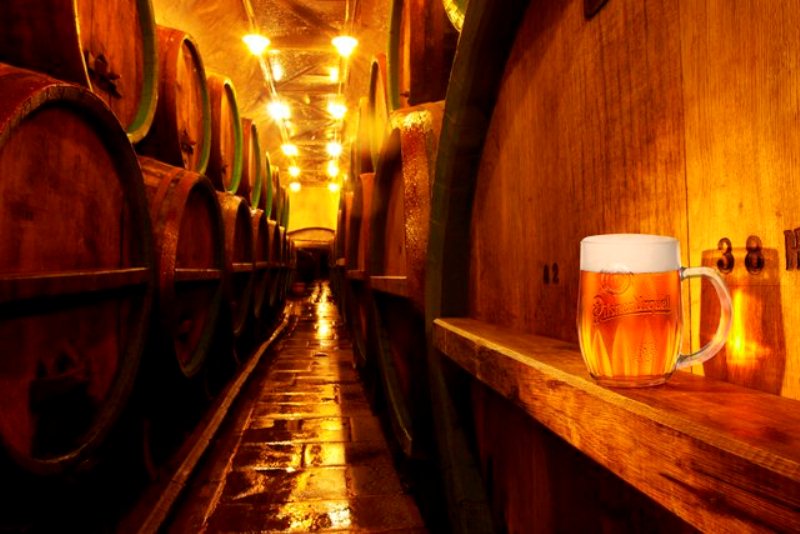 Did you know that the Pilsner Urquell tour is one of the world’s best rated tourist attractions? It’s no wonder, because the tour is full of interesting facts which will impress even very demanding visitors. History lovers will be impressed by the model of the brewery from the 19th century, the brew house from the 1930s and the historical cellars, where Pilsner Urquell beer is still produced today using the same traditional method as during the era of the first brewer. Are you mainly interested in how Pilsner Urquell beer is brewed? We will explain the unique method of brewing Pilsner Urquell beer, which is identical to the method introduced in 1842 by Josef Groll. You can have a look at the new bottling facility, which can handle 120,000 bottles per hour, and the “heart of the brewery”, a modern brewing facility from 2004. 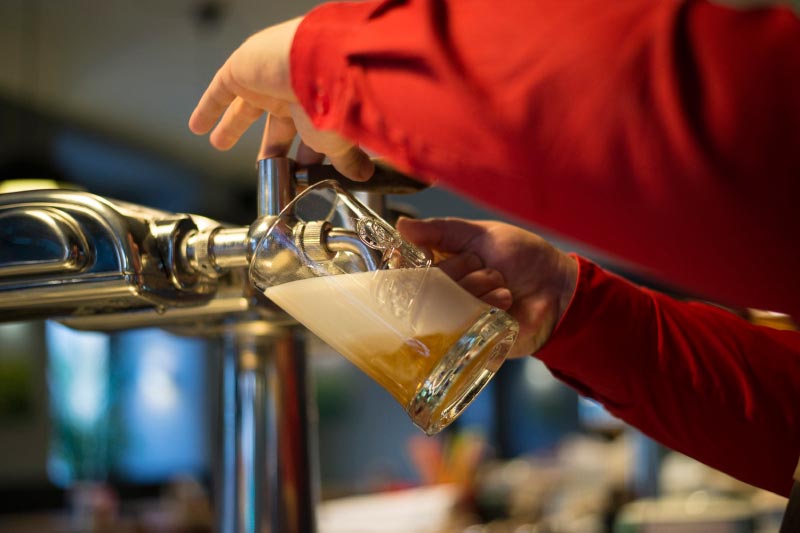 Do you celebrate a birthday, a successful test, final exams, graduation, bachelor party, birth of a child …? Or you just want to really enjoy a weekend evening with friends? Then subscribe to our Party in the Gambrinus brewery. You will spend four hours in the heart of the brewery with experts on beer and brewing great beer and Gambrinus. 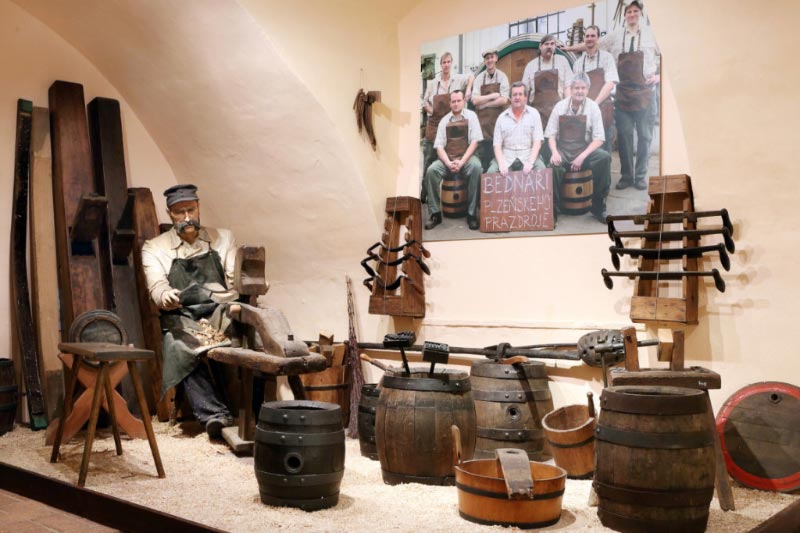 Enjoy the medieval atmosphere in the only museum of its kind, located in an original authentic brew house from the 15th century. This exposition introduces the oldest history of the city of Pilsen, the development of trades, the establishment and expansion of guilds, the beginning and development of the beer brewing industry, malting, cooperage, cartage and the hospitality industry. Discover the ancient secrets of beer production and serving. View the malt house, the so-called “hvozd”, the rolling room, the laboratory and cellars. We will show you beer steins made of glass, ceramics and tin, and a collection of beer bottles and other collectibles.

The Pilsner Historical Underground, with its nearly 14 km of corridors, is one of the largest historical underground systems in Central Europe. The underground tour path is about 800 m long and at depths of 9 to 12 metres below the historic city centre of Pilsen. Become familiar with medieval life below the city, and uncover the secrets of authentic discoveries and corners hidden underground. 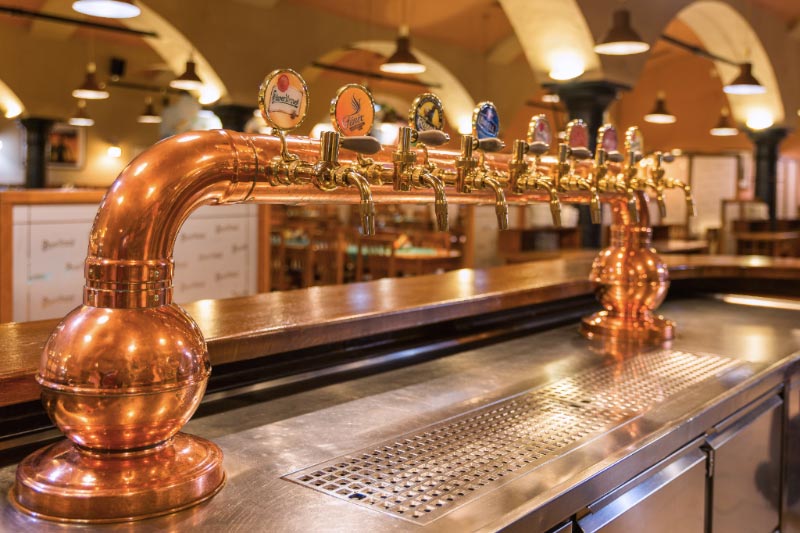 A stylish Pilsner restaurant, opened in 1992, is situated on the unique premises of the former fermentation cellar, known as “spilka”, directly in the famous Pilsner Urquell brewery foreyard.

The brewery atmosphere can be tasted with every sip of carefully nurtured Pilsner Urquell tank beer you can enjoy in our restaurant featuring a children’s corner and a garden restaurant where concerts are held in summer to entertain you. 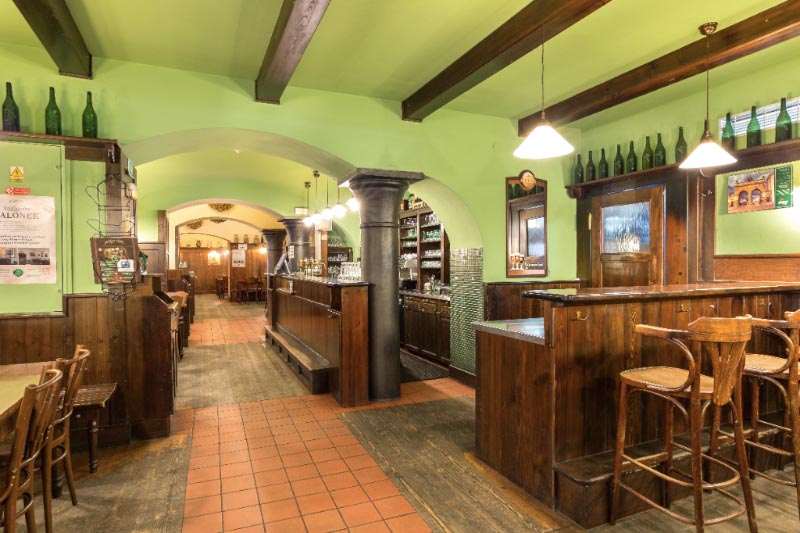 The Na Parkánu tap-room is named after its position by the town walls - parkány. It is designed in the spirit of the golden age of the Plzeň hostelry trade – the 1920s. 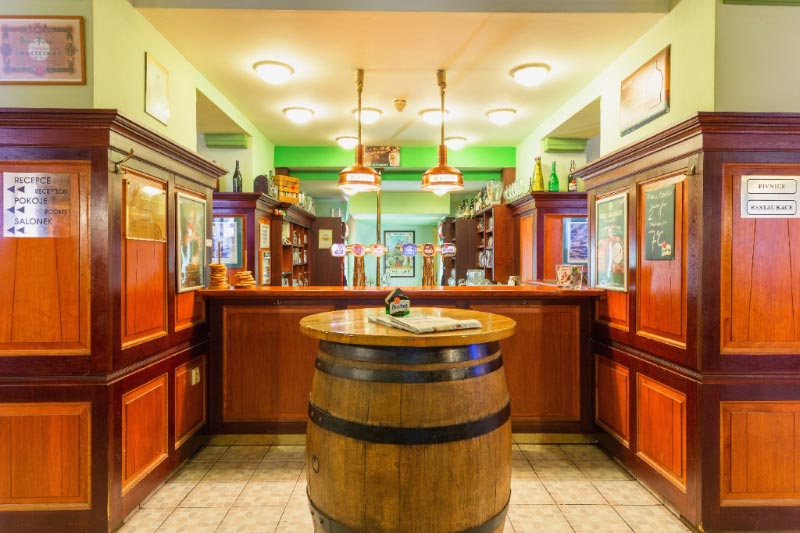 The reconstructed house and interior of the traditional Pilsner restaurant and guesthouse evoke the early twentieth century, when the restaurant was a favourite meeting place of locals and their guests.

Today's customers not only appreciate our Czech cuisine with regional influences, but also the fine unpasteurised Pilsner Urquell beer tapped by our experienced masters from highly popular beer tanks.

Over the years, political, cultural and social celebrities have visited our restaurant in Plzeň with a capacity of 180 seats and a lounge for 50 people. Guests include recent Czech presidents V. Havel and V. Klaus, and US ambassadors Craig R. Stapleton and W. J. Cabbanis.